Have you ever spotted small tins of Coffee Beans on our tables at craft fairs or trade shows and wondered what they are for? 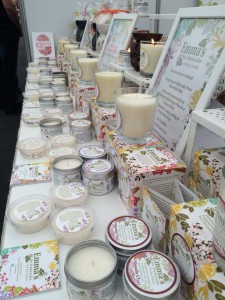 Well it’s because when you are smelling lots of different fragrances, as you will when you visit us at a show, and you try out each one of our candle fragrances, changing from smelling Lemongrass to Lavender, to Citrus Blend, across potentially 13 different fragrances and then back again to Lemongrass, your olfactory senses, or your sense of smell could become confused, and you could find it difficult to distinguish one fragrance from another after some time.

Coffee Beans can act as a ‘Nasal Palate Clenser’, smelling them stimulates the olfactory senses when there has been a continuous supply of the same scent. I liken it to being served sorbet between courses of a meal, meant to cleanse the oral palate, or mouth in preparation of the next course of flavours.

The following is from the Wikipedia page on the topic of ‘Olfactory Fatigue’:

Some perfumers stock coffee beans near their displays as it is commonly believed that smelling coffee between perfume testing can limit or reverse olfactory fatigue.

“Fragrance sellers often provide coffee beans to their customers as a “nasal palate cleanser,” to reduce the effects of olfactory adaptation and habituation. To test this idea, college students smelled three fragrances multiple times, rating odors each time. After completing nine trials, participants sniffed coffee beans, lemon slices, or plain air. Participants then indicated which of four presented fragrances had not been previously smelled. Coffee beans did not yield better performance than lemon slices or air.”

Olfactory fatigue, also known as odour fatigue or olfactory adaptation, is the temporary, normal inability to distinguish a particular odour after a prolonged exposure to that airborne compound. For example, when entering a restaurant initially the odour of food is often perceived as being very strong, but after time the awareness of the odour normally fades to the point where the smell is not perceptible or is much weaker. After leaving the area of high odour, the sensitivity is restored with time. Anosmia is the permanent loss of the sense of smell, and is different from olfactory fatigue.

It is a term commonly used in wine tasting, where one loses the ability to smell and distinguish wine bouquet after sniffing at wine(s) continuously for an extended period of time. The term is also used in the study of indoor air quality, for example, in the perception of odors from people, tobacco, and cleaning agents. 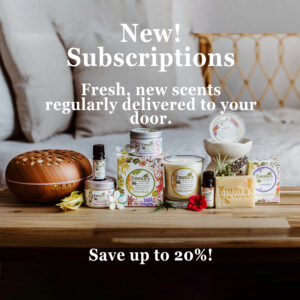 Did you know that:

Visit us at an upcoming Craft Fair!

What people are saying about Emma’s So Naturals

Meet Emma & get the story! 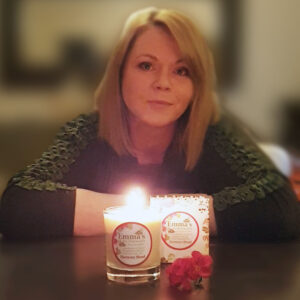